The Giant’s Grave (© B Keeling)

The Cumberland and Westmorland Antiquarian and Archaeological Society has recently made the full text of its Transactions available online. All volumes of this highly respected journal from 1874 onwards have been digitised, with all except the past 10 years being freely accessible and downloadable to non-members.

The Transactions (often abbreviated as TCWAAS) is published annually. Each volume contains a number of articles on the history and archaeology of the present-day county of Cumbria. The online archive can be searched by keyword, not only in the title but in the body of the article (a very useful facility). Words can also be excluded from the search, thus eliminating unwanted articles and making the process quicker and more specific.

TCWAAS is a valuable resource for research on the kingdom of Strathclyde because it deals with a region that formed the kingdom’s southern province in the tenth and early eleventh centuries. The county name ‘Cumbria’ preserves a Latinised form of the name of the kingdom itself, i.e. the land of the Cumbri or North Britons.

A search of the TCWAAS archive turns up a treasure trove of information on the period when substantial territories south of the Solway Firth were ruled by ‘Cumbrian’ kings whose headquarters lay on the Clyde. The following list of articles is just a selection. It includes items that I consulted while writing my book Strathclyde and the Anglo-Saxons in the Viking Age. Topics range from the origin and meaning of the name ‘Cumbria’ to the cultural affinities of sculptured crosses and other monuments. The list gives the title, author, volume, year and pages.

Late Victorian image of one of the Lowther hogback fragments.

‘The Giant’s Thumb’ by W.G. Collingwood
TCWAAS 2nd series, vol 20 (1920). pp. 52 – 65
[as well as discussing the Thumb (a tenth-century cross at Penrith) this article reconstructs the genealogy of the kings of Strathclyde and suggests that one of them might be the legendary “Owain Caesar” of Cumbrian folklore]

The Giant’s Thumb (from Collingwood’s 1920 article)

‘A reconsideration of Gosforth Cross’ by C.A. Parker and W.G. Collingwood
TCWAAS 2nd series, vol 17 (1917). pp. 99 – 113
[an art-historical study of this famous Viking Age monument near the shore of the Irish Sea] 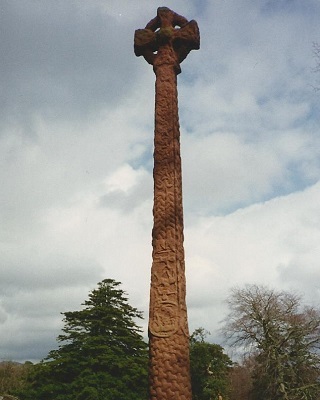 ‘Five Strathclyde and Galloway charters – four concerning Cardew and one the Westmorland Newbigging’ by Frederick W. Ragg
TCWAAS 2nd series, vol 17 (1917). pp. 198 – 234
[one of the charters is the eleventh-century Gospatric’s Writ which deals with an area described as “lands that were Cumbrian” (i.e. former Strathclyde territory) between Carlisle and Wigton]

Members of CWAAS can also access the online version of an interesting article from 2011: ‘From peoples to regional societies: the problem of early medieval Cumbrian Identities’ by Charles Phythian-Adams (TCWAAS 3rd series, vol 11, pp. 51 – 64)

To access the TCWAAS archive, click on the link below and then select ‘Transactions’ from the homepage.

This is a quick message about two recent posts at my other blogs….

Over at Senchus I’ve written about a lecture presented by Andrew Breeze to the Society of Antiquaries last Thursday (4th December). Professor Breeze discussed the Battle of Brunanburh and suggested that it was fought near Lanchester in County Durham rather than somewhere further west (such as Bromborough in Cheshire). A video of the lecture is available on YouTube and the link can be found at my blogpost.

Meanwhile, at Heart of the Kingdom, I’ve mentioned another Viking-related lecture to be given this Friday (12th December) at the RCAHMS headquarters in Edinburgh. The topic is hogback stones – including those at Govan – and the speaker is Dr Victoria Whitworth of the Centre for Nordic Studies at UHI. Click this link to my blogpost for further details.

On one of my research trips for the book I visited Lowther Church in Cumbria to see the Viking Age sculpture, which includes hogback gravestones similar to the ones at the Giant’s Grave in Penrith. 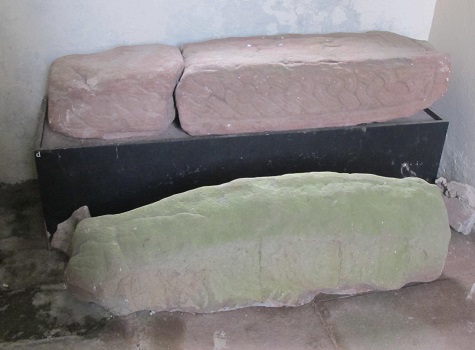 Lowther hogback (with fragment of another)

Parts of the present church were built in the twelfth and thirteenth centuries. It sits on high ground above the River Lowther and probably occupies the site of an Anglo-Saxon monastery. 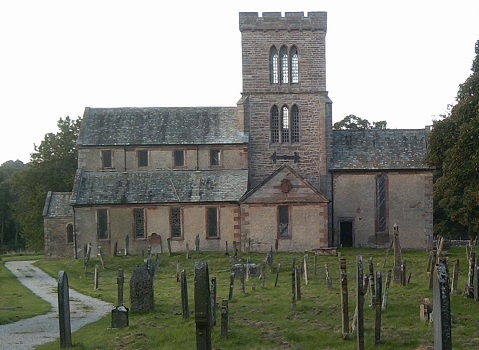 In Chapter Six of Strathclyde and the Anglo-Saxons in the Viking Age, I consider a possible tenth-century reference to this monastery as a frontier settlement between the ‘Cumbrians’ (Britons) and the Scandinavian rulers of Northumbria.